Gabriel Rabinovich, born in Córdoba (Argentina) in 1969, is a biochemist who earned a Gold Medal Award and an honors diploma from the School of Chemical Sciences of the National University of Córdoba. He holds a Ph.D. in Immunology from the same university, and thanks to his doctoral thesis, he received the Leloir Award in Chemical Science as well as the Amersham Pharmacia Award, granted by the Brazilian Society for Biochemistry and Molecular Biology. In 2017, Rabinovich became a member of the US National Academy of Sciences (NAS).

In 1999, the young scientist Gabriel Rabinovich –who was born in the province of Córdoba (Argentina)– asked for economic support from SALES Foundation, as he had emigrated to England due to lack of resources and, as soon as he returned to his country,he received additional offers to go back. The Foundation assessed his merits, and decided to support him, so he started research group at the School of Medicine of the University of Buenos Aires.

Owing to the growth of this group, SALES installed a modern laboratory at the Institute of Experimental Medicine and Biology (IBYME), founded by Argentine Nobel Prize laureate Dr. Bernardo Houssay. We granted scholarships to more than 50 young scientists and provided everything needed for their research.

In 2001, Jorge Ferioli, a businessman and member of SALES’ Board of Directors, who is particularly sensitive to scientific research, decided to donate an annual fund to this group.  Ferioli, who contributes together with his and his wife’s (Silvia Ostry’s) families, is an example of solidarity towards science. Donating funds to science is common in advanced countries, but it is something exceptional in Argentina.

Thanks to this support and the scientific talent of these young researchers, Rabinovich achieved advancements recognized internationally. While in Great Britain, he discovered a protein called Galectin-1, which could detain rheumatoid arthritis in small animals. He wanted to study the role this protein played in cancer, something he did together with Dr. José Mordoh, another scientist supported by SALES. Mordoh had observed a similar protein in his melanoma cell cultures (melanoma is the most aggressive skin cancer), so it was important to identify if it was Galectin-1.

Both scientists, financed by SALES, detected the presence of Galectin-1 in melanoma, although in this case, the protein did not stop the development of the disease, as in the case of arthritis; on the contrary, it favored its development. Indeed, cancer cells produced the protein to destroy T-lymphocytes which are part of the body’s defenses. Rabinovich came up with a strategy to destroy Galectin-1, opening up new possibilities for immunology in various cancers (melanoma, prostate, and others). Rabinovich published this work in one of the world’s most important scientific journals, Cancer Cell (2004), where it was featured on the cover.

This research attracted the attention of Harvard University, which offered him the possibility of continuing his work in the US. But with the support from SALES, there was no need for him to emigrate, so an Agreement of Co-intervention was signed with the Dana-Farber Cancer Institute, Inc. (which supports the part of this research carried out in the US, led by Dr. Margaret Shipp), the Brigham and Women’s Hospital of Boston, which will conduct clinical trials in patients, and the Argentine National Council for Scientific and Technological Research (CONICET) to which the scientists belong.

In 2006, the Cancer Research Institute of the US awarded the work of these young scientists as “one of the most creative works with a major impact in the field of oncological immunology.”

In 2014 the journal Cell, the most important publication in cell biology, featured on its cover a new finding of these researchers, whose main author was Diego Croci. The work was presented to the news by Minister of Science Lino Barañao, who pointed out that it represented a huge contribution to global science.

¨We found the master key to confront cancer, asthma, multiple sclerosis and much more.¨ 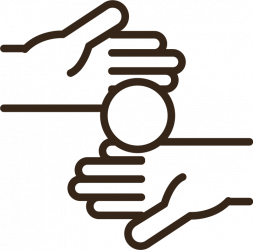